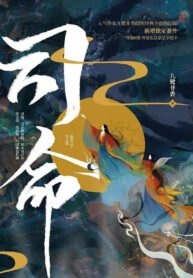 Er Sheng is an orphan girl. She said that her whole family was buried in the soil just so she could live wantonly, but no one gave a damn about her.

She also said that if she were to ever meet someone who would take her by the hand, carry her on the back, forge a sword for her, teach her how to read, be happy for her, and worry for her she could not really be free anymore, for she would have to go all the way through the wind and rain with him.

Ah, just when she thought she could finally hold Chang Yuan’s hand and move on— he suddenly disappeared. Finding him has become Er Sheng’s greatest wish in life. But after everything was over and the pomp settled, she woke up from a drunken dream. Only then did she realize that there was no Er Sheng or Chang Yuan in the world— That was just Si Ming Xingjun’s1Si Ming Xingjun means Deity/God of Fate dreams.

Chapter 18 August 14, 2022
Chapter 17 August 14, 2022
Here for more Popular Manga
We use cookies on our website to give you the most relevant experience by remembering your preferences and repeat visits. By clicking “Accept All”, you consent to the use of ALL the cookies. However, you may visit "Cookie Settings" to provide a controlled consent.
Cookie SettingsAccept All
Manage consent