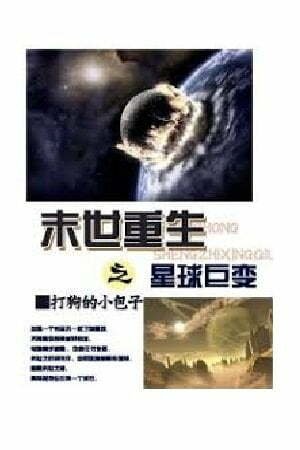 As a mad researcher in a tattered white coat activated the self-destruction device, Qin Luo knew that this time, there was no escape.

He was well aware of the destructive power of the self-destruction device.

Even if he is genetically inborn with an independent space, it is impossible to use the power of his space to resolve against such a terrible explosion.

His only end would be a torn space and the crushed bones.

On an unrecognizable earth rampant with zombies and mutant creatures, this end is good.

Death is far better than living…

With a skull-splitting headache, he opened his eyes to find himself reborn in the year before the apocalypse happened.

Is this a chance for him to be prepared to combat the apocalypse?

Is God not satisfied with all the bitterness he had gone through and would enjoy watching him suffer once more?

Translator’s Note: Right now, I’m picking up my life, so there’ll be no updates. Hopefully, by mid-october, I’ll be able to continue this again. Sorry for this…

The Strategy of Washing Clean A Slag Shou

Chapter 10 December 28, 2021
Chapter 8 January 14, 2022
Here for more Popular Manga
We use cookies on our website to give you the most relevant experience by remembering your preferences and repeat visits. By clicking “Accept All”, you consent to the use of ALL the cookies. However, you may visit "Cookie Settings" to provide a controlled consent.
Cookie SettingsAccept All
Manage consent