HOT I’ve Got this Cannon Fodder’s Back 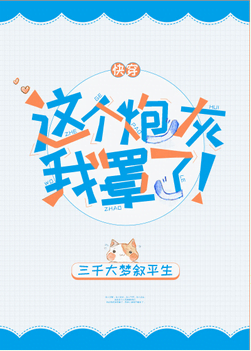 A.K.A: This Cannon Fodder is Covered by Me

A businessman who lost in a business game. A teenager who kept silent under school violence. The actor whose road to fame was ruined by cyber violence. An unknown man who was misunderstood until the day he died.

There can only be one protagonist in every world, so fate hides in the corner sending it’s cold tentacles toward the innocent.

Some people stay silent, some choose to compromise, some are unwilling, and some are fulfilled.

There should be someone to hug them.

So Lu Deng went to hug them.

And then the other refused to let go.

[Lu Deng: That… Have you hugged enough? QAQ]

Reminder: 1v1, All the gongs are just one person. Lu Deng also uses Lu Zhiguang as his work name.

Note: WR has picked this from Sleepy Little Mushrooms’ team on Chrysanthemum Garden. We’ll be starting from c72. Happy reading!

The Male Lead Is A Deer Demon

Chapter 12
Chapter 11 January 20, 2022
Here for more Popular Manga
We use cookies on our website to give you the most relevant experience by remembering your preferences and repeat visits. By clicking “Accept All”, you consent to the use of ALL the cookies. However, you may visit "Cookie Settings" to provide a controlled consent.
Cookie SettingsAccept All
Manage consent