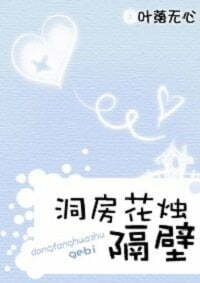 Nuptial Chamber Next Door Average 5 / 5 out of 1

Bo Bing is a medical student who went to Japan to pursue further studies, a young girl in a foreign land she met a senior student, Ye Zheng Chen who is also an aspiring doctor in the same university as her. They shared some common factors, become fast friends, and gradually fall in love. Ye Zheng Chen loves Bo Bing deeply and affectionately calls her ‘lass’ instead of her name. However, Bo Bing later discovered that Ye Zheng Chen is in fact already engaged to another girl and was upset she is being lied to. Ye Zheng Chen tried to explain his difficulties but Bo Bing fled back home before he can tell her the truth.

Three years later, Bo Bing’s fiancé is being charged and she is told that only Ye Zheng Chen has the ability to help her. Bo Bing is therefore being forced to trade herself to Ye Zheng Chen in order to save her fiancé. She also learns the secret that Ye Zheng Chen has been hiding from her since their days in Japan three years ago…

The Male Lead Is A Deer Demon

Don’t Move, I’ll Be Right There!

Chapter 23 January 15, 2022
Chapter 22 December 25, 2021
Here for more Popular Manga
We use cookies on our website to give you the most relevant experience by remembering your preferences and repeat visits. By clicking “Accept All”, you consent to the use of ALL the cookies. However, you may visit "Cookie Settings" to provide a controlled consent.
Cookie SettingsAccept All
Manage consent

contains themes or scenes that may not be suitable for very young readers thus is blocked for their protection.