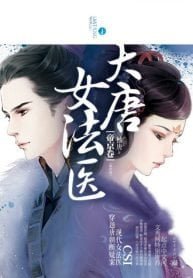 The chief female forensic investigator, Ran Yan was secretly killed by her assistant. Unexpectedly, she was reborn in the years of the Tang dynasty. After experiencing a narrow escape, she fled from Jiangnan to Chang’an. Although Chang’an was at the beginning of its flourishing period under the Li family’s Tang dynasty, various princes were vying for the throne by using all kinds of strategies. These were the dark days of the imperial court, where one needed to walk on a tightrope as one’s life was as powerless as an ant. The Xiao family controlled a large amount of wealth so inevitably they also became involved in the conflicts.

After arriving in Chang’an, she discovered many suspicious incidents: the original owner had unexplainable amnesia but his family was indifferent. She once again saw the orchid shaped clay inkstone, a valuable object that her mother has given her in modern times. Hence, could it be that she can time travel back? In order to survive in the Tang dynasty, she displayed her strong spirit and willpower by learning medicine from a doctor, pretended that she benefited from being sick on how to cure diseases, suffered hardship in earning money, manufactured penicillin, cured syphilis, and used her autopsy skill and experience to solve each and every murder mysteries.

Entrust the Rest of My Life to You

contains themes or scenes that may not be suitable for very young readers thus is blocked for their protection.